Former chauffer is back in the driver’s seat 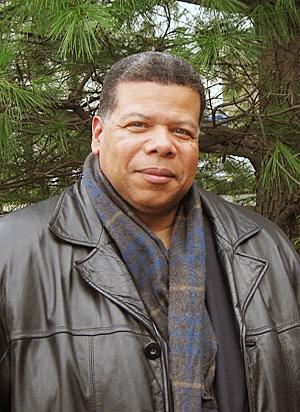 As an executive chauffer for many years, Bernard J. traveled many roads.

However, for this 59-year-old man who battled Paranoid Schizophrenia, it was the road to recovery that perhaps was the most difficult to navigate.

The “friendly” voices in Bernard’s head would give him directions to destinations in northern New Jersey and New York where his employer needed to go, and at times he’d have to whisper to them, “I have this. I know where I’m going.”

Another trio of voices would tell him to “play it again” when he performed solo jazz standards on his saxophone at a restaurant in Newark, and then compliment him on his performance. During his 20-minute breaks, he would sit in his car and chat with them.

In the end, it was the paranoia, not the friendly voices, that got him into numerous scrapes with his neighbors, whom he believed were “trying to discredit him,” and law enforcement officers, who answered calls about a man ringing doorbells and looking for a party in his honor. These episodes are what landed him in hospitals several times for psychiatric evaluations.

Bernard eventually did find that road to recovery, which led him to SERV Centers Union County, where he has been a resident in a supervised apartment with another roommate since May 2008.

Referred to SERV by Trenton Psychiatric Hospital, where he was finally stabilized on the proper medication, Bernard now has a new direction. This time, it is from his Residential Program Manager, Geraldine Obiri-ibe, and other staff members at SERV who offer him the support system he needs to stay independent while also taking meds as directed.

“Geraldine watches over me and calls me: “Are you OK?” “Are there any problems?” “Are you sure?” he says with a smile.

“Bernard is pleasant and open and he has shown that he wants to recover,” says Ms. Obiri-ibe, who works closely with him. “He has insight into his illness and willingness to take his medication.”

Bernard says he first started hearing voices at the age of 52, citing times he thought people were communicating with him through his radio or television or he heard conversations from passing cars. “I just thought my hearing was keen and I just brushed it off,” he says. But then the paranoia set in and he began to believe he was under surveillance or that people were “playing games” with him. He even managed to convince friends that there was truth to his suspicions.

As the voices progressed, he tried several geographical cures by moving from his apartment in Scotch Plains to a basement apartment in Bloomfield, but the voices kept following him. “I thought the people upstairs were spying on me, so I taped up all the cracks in the dropped ceiling. I kept the blinds closed and kept my ears open.”

By the time he moved to Millburn, he was ready to get rid of the voices, as they were now completely disrupting his life. Because he thought his own car was bugged, he showed up at his employer’s home and asked to use his car. For the first time, someone in his life expressed doubt about his claims. The boss’ wife pulled her husband aside to ask what was happening and he couldn’t explain. Soon after, he was laid off. His employer’s wife called him later to remind him that his health benefits were continued for some time and that he should seek help. This couple was also responsible for contacting Bernard’s family to inform them of their concerns for Bernard.

An intervention by the family soon followed, with his brother from North Carolina, a niece from New York, a sister-in-law from Massachusetts, and his estranged wife Joyce all getting together to encourage Bernard to seek help. He just listened.

It took several run-ins with the law for disturbing the peace before he entered East Orange General Hospital’s Crisis Center in 2007. He stayed there four days and was prescribed medication, but it made him feel disoriented and his benefits wouldn’t cover the expense.

Later he was prescribed a different medication and within a month, the voices finally stopped. “This feels so nice to have some peace and quiet,” Bernard recalls. But he later stopped taking his medication because he didn’t think he needed it. “The voices were so nice to me,” he says. “We were laughing a lot … we would tell each other jokes … I was having a good time.”

Eventually, he fell behind in his bills and became homeless, using his Jeep Cherokee as a place to sleep – that is, when the voices would let him.

In November of 2007, Westfield police took him to Muhlenberg Hospital because he was ringing doorbells in a neighborhood looking for a party in his honor as a “newly appointed federal agent.”   At Muhlenberg, he heard the voices say, “Why did you say that? Now we can’t help you.”

Bernard finally “decided to comply” and entered Trenton Psychiatric Hospital in December 2007, where he was stabilized. A month later, “the voices left – that’s the last time I heard the voices,” he says.

“In January 2008, the hospital cleared me to leave, but I had no place to go. That’s when SERV adopted me,” he says with a smile.

Bernard now lives in a Level B supervised three-bedroom apartment with his roommate, Peter, and another soon to arrive. He takes his medication daily and is responsible for doing his own laundry and other household chores. His goal is to move into SERV’s supportive housing, which is a more independent setting with minimum staff support.

“SERV gave Bernard a chance to become more independent,” says his RPM Geraldine Obiri-ibe, who gives him support and encouragement toward his goals. She also helped him to get benefits, such as Medicaid and a prescription card and advocated for him to receive PAAD (Pharmaceutical Assistance to the Aged and Disabled).

When Bernard wanted a car, she encouraged him to do the legwork and he set about buying his own car and getting a driver’s license and car insurance. Instead of needing transportation from Ms. Obiri-ibe, he began driving himself to his doctor and the pharmacy and to his day program at Bridgeway Rehabilitation Program in Elizabeth, of which he is now a graduate.

Bridgeway staff members were so impressed with Bernard that they offered him a job as a part-time driver. For more than a year, Bernard has been back in the driver’s seat, this time transporting Bridgeway consumers from their homes to part-time work as cleaning staff at the Office of Weights and Measures.

Hiring Bernard “turned out to be better than I hoped for,” says Freddie Gonzalez, property manager at Bridgeway. “We have a shelter work program and I needed someone who was reliable and punctual to pick up people to get to the job site and then drop them off to program once their work is done.

“We couldn’t have made this program possible without Bernard, without his selflessness, being able to be on time every day. He picks up the Bridgeway vehicle at the ungodly hour of 6 a.m. and starts picking up people at their homes so they can start work at 7 a.m. So, he’s the first one working before any of us.”

Mr. Gonzalez noted that Bernard was singled out during Bridgeway’s annual meeting for a Valued Employee award. “He’s the consummate employee -- always jovial, always professional and always presentable. He has never missed a day of work and I’ve never had to look for another driver.”

Bernard is well liked by everyone at Bridgeway, says Mr. Gonzalez. “I’ve never heard anything negative said about Bernard in the time I’ve known him. He deserves all the recognition given to him.”

“I try to do the best I can on the job,” says Bernard, who counts this opportunity as a means to achieve wellness. “Recovery means getting back what was lost. I’ve lost so much over the years. I had a house, a marriage, I was an active saxophonist.”

Today, Bernard is already traveling that road. He loves his driving job, he is happy to have a “good friend” in his wife, and he is again playing the saxophone, this time in the choir every Sunday at the First Baptist Church of Cranford/Elizabeth.

And he is appreciative of the support he has received from SERV. “SERV helps people regain their lives, helps them pull things back together. I receive a lot of help from the SERV counselors, even the ones that don’t know me. They all help me."