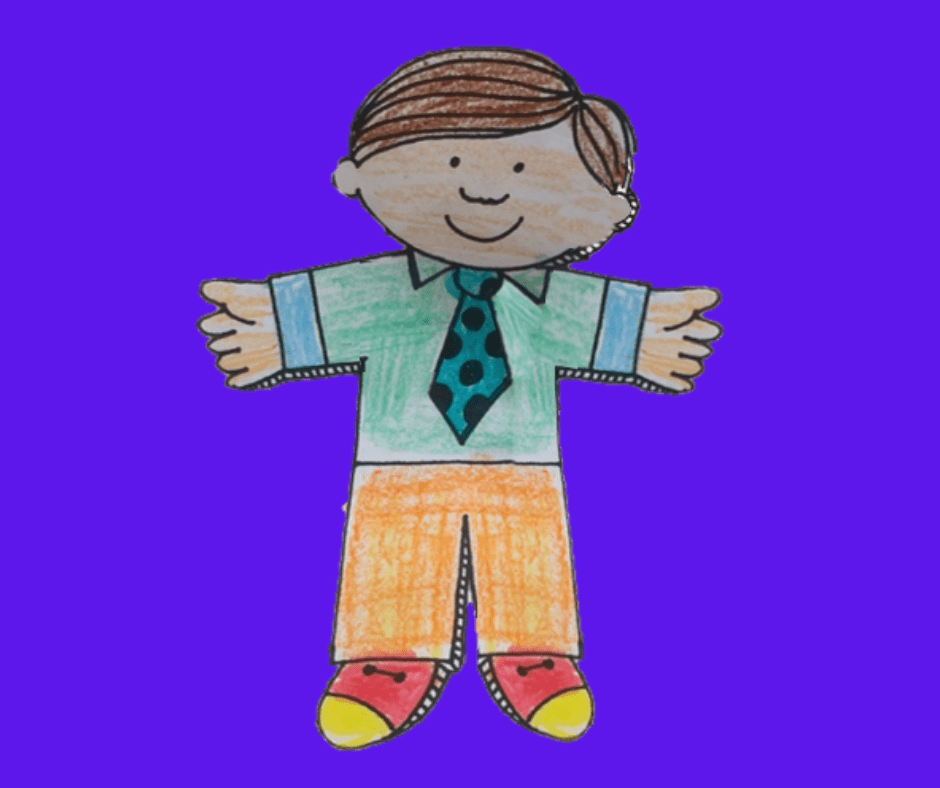 Meet Stanley, SERV’s newest resident. He stands approximately 7 ½ inches tall, wearing red and yellow shoes, with his green button-down shirt tucked into orange slacks, his polka dot tie done up in a Windsor knot, and his brown hair parted in a neat style.

This colorful paper cut-out is based on Stanley Lambchop, a character in the popular children's book series  “Flat Stanley” by author Jeff Brown. In the stories, Stanley is pancaked by a falling bulletin board and then goes on many adventures. He sneaks under doors, sails like a kite on the breeze, and is mailed in an envelope to far-off destinations.

Now, Stanley has found his way to SERV, and the children in the DCF program are sending him on new adventures.

“After reading the books together, the children and staff in SERV’s DCF program decided to participate in the Flat Stanley Project,” said Kristina Escobar, SERV’s Director of Behavior Support Services.

“Right now, with everything that’s going on in the world, it’s important to stay positive and find creative projects to occupy our free time. This hands-on activity is a great way for the children to connect with other consumers and stay busy during this crisis.”

On Monday, the children in SERV’s DCF program mailed Flat Stanley to another group home. They are asking the consumers who receive him to take pictures and then write a positive letter before sending him to the next home.

“The children are so excited to discuss, track, and write about their flat character's journey and adventures,” Escobar said. “We will keep the project going until Stanley visits every SERV location, and we hope everyone welcomes this opportunity to connect with us.” 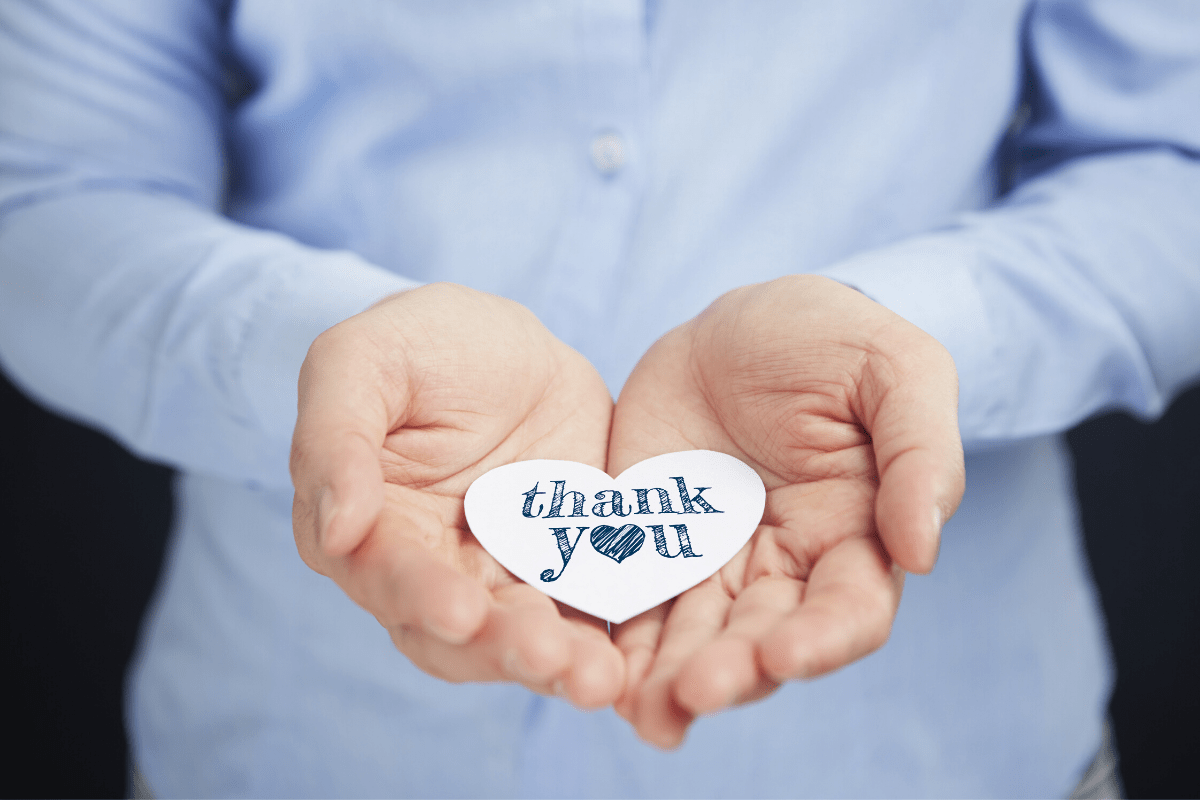 A package containing dozens of cards arrived at Capital Health Regional Medical Center in Trenton on Monday, April 6. On one card, two smiling bumble bees buzzed above a sunflower. On another, rays of sunlight illuminated the words “Stay Strong,” which were scrawled in bold, blue ink.

This was the work of SERV consumers from group homes in Mercer County. Over the past week, these artists have spent their shutdown time hunched over desks, drawing and crafting messages they hoped would bolster the spirits of essential workers and patients dealing with the coronavirus crisis.

“During these challenging and uncertain times, it is important to remember the power of moral support and giving back,” Rufe said.

“Our consumers in Mercer County wanted to thank the heroes on the frontlines for all they are doing. They also hoped their cards would bring smiles to the faces of the patients who are suffering.”

Lately, Rufe has been paying close attention to the emotional well-being of consumers as they cope with the challenges posed by the coronavirus pandemic. Though some consumers have expressed anxiety and distress, she said, the staff has helped to alleviate many of their concerns through activities and insightful conversation.

“It’s difficult to comprehend the enormity of the coronavirus pandemic and the impact it continues to have on all our lives,” Rufe said.

“Whether it’s watching a movie, completing a crossword puzzle, or getting out for a walk and a little fresh air—sometimes we need to break from the reality of our situation, and even the simplest things can provide some respite.”

In the coming weeks, Rufe plans to arrange several new activities for the consumers in Mercer County. One in particular that she is excited for is a trip to a drive-through Tulip Trail at Holland Ridge Farms in Cream Ridge.

Hearts, rainbows, and well-wishes decorate the sidewalks and driveways of Willingboro, New Jersey.

Like footprints, these colorful drawings and positive messages were left behind by the children in SERV’s DCF program. As the country grapples with the COVID-19 pandemic, they’ve ventured out into the community to participate in Chalk the Walk—a national movement focused on spreading joy, optimism, and inspiration.

“Since we’ve all been practicing social distancing, we have to find new ways to connect with friends, family, and the community,” said Kristina Escobar, SERV’s Director of Behavior Support Services.

“Chalk the Walk is the perfect way to bring people together during this trying time,” she said. “With each sketch or note we leave on the sidewalk, we are spreading happiness and hope, and we are reminding our neighbors that we are in this together.”

But chalking the walk isn’t the only way the children in DCF homes are keeping their spirits up. While some prefer the outdoors, others have found solace in the kitchen, baking their favorite treats such as chocolate chip cookies and red velvet cupcakes.

On Friday, March 27, several of them came together to throw a surprise birthday party for Program Manager Juliana Ike.

The party was a “huge hit,” according to Ike, who said she was "overwhelmed with joy" when the children suprised her.

The pandemic has not distracted consumers from their personal fitness goals, either. In fact, many participate in an hour-long workout class every day, wherein they perform push-ups, sit-ups, and various bodyweight exercises. They’ve also gravitated towards playing sports and going for long walks.

In a recent email to staff, SERV’s CEO Regina Widdows wrote, “To say I’m proud of our staff would be a tremendous understatement. While this situation continues to rapidly change, what remains the same is [their] focus on our organization’s mission and [their] desire to provide the best possible care to our consumers. Despite all the challenges [they] face in [their] personal life—and I’m sure there are many right now—[they] arrive to work each day with passion and enthusiasm. For that, I am extremely thankful.”

Escobar echoed Widdows’ sentiment when describing the actions of staff. “Everyone has really stepped up,” she said. “The staff has been truly amazing, and they are all working non-stop to make sure the consumers are happy and to keep the chaos of the outside world at bay.”

An internationally-recognized fashion designer. An award winning actress. The first American flapper. There are many awe-inspiring women with disabilities, and to cap off Women’s History Month, we’ve compiled a list of ten trailblazers—past and present—who have etched their names into history books.

10. Àngela Bachiller is a Spanish city councillor for Valladolid and a member of the People’s Party. Elected in 2013, Bachiller is Spain’s first city councillor with Down syndrome. Mayor Francisco Javier León de la Riva described her as "an example of strength and of someone overcoming obstacles.”

9. The first internationally-recognized fashion designer with Down syndrome, Isabella Springmuhl Tejada had her designs showcased during London Fashion Week in 2016. This led to her being featured in the BBC’s 100 Women list, an annual collection of the most inspirational and influential women in the world, alongside the likes of Alicia Keys, Simone Biles, and Zoleka Mandela.

8. Whoopi Goldberg is a prominent actor, comedian, author, and television personality. A recipient of many awards and honors, she is one of only a few entertainers to have won an Emmy Award, a Grammy Award, an Academy Award, and a Tony Award. She accomplished this all despite suffering from severe anxiety, panic attacks, and post-traumatic stress disorder.

7. Dubbed by her husband, famous author F. Scott Fitzgerald, as "the first American flapper," Zelda Fitzgerald was a novelist, painter, and socialite. After being diagnosed with schizophrenia, Zelda spent most of the 1930s and 1940s hospitalized. During this time, she kept herself creatively occupied by writing and painting. Her novel Save Me the Waltz, a semi-autobiographical account of her life and marriage, is the subject of countless scholarly articles and remains widely read.

6. Mary Temple Grandin is a professor of animal science at Colorado State University, a consultant to the livestock industry on animal behavior, and an autism spokesperson. Grandin is one of the first individuals on autism spectrum to document the insights she gained from her personal experience of autism. She is also known for inventing the “Hug Box”—a device to calm those on the autism spectrum. In the 2010 Time 100, an annual list of the 100 most influential people in the world, she was named among those in the "Heroes" category. In 2010, HBO produced an Emmy Award winning movie about her life, and in 2016, she was inducted into the American Academy of Arts and Sciences.

5. Nina Simone was a renowned musician and civil rights activist. Her music spanned a broad range of musical styles including classical, jazz, blues, folk, R&B, gospel, and pop. Recording more than forty albums, she has received four career Grammy Award nominations—two during her lifetime and two posthumously—and in 2018, she was inducted into the Rock and Roll Hall of Fame. Simone was diagnosed with bipolar disorder in the late 1980s, after suffering from extreme mood swings and depression throughout her career.

4. Madeline Stuart is an Australian supermodel with Down syndrome. Stuart has appeared on the New York Fashion Week catwalk, and has walked Paris fashion week, London fashion week, Runway Dubai, Russian fashion week, Mercedes Benz fashion week China, and many more. She is a powerful advocate for inclusiveness and diversity in modeling, with a huge social media following. She’s also been profiled in both Vogue & Forbes, and has completed the Special Olympics triathlon three times.

3. In addition to winning two gold medals in the Special Olympics, Karen Gaffney was the first person with Down syndrome to complete the English Channel relay race. Since crossing the channel, she has also conquered the Boston Harbor, the San Francisco bay, Lake Champlain, the Dun Laoghaire Harbor, and the Escape from Alcatraz triathlon. In 2007, she was the focus of the Documentary Crossing Tahoe: A Swimmer’s Dream.

2. Emily Dickinson is arguably one of America’s foremost poets. Dickinson suffered from manic-depression and spent the majority of her life in seclusion, yet was able to produce over eighteen hundred poems. Although she was a prolific writer, only ten of her poems were published during her lifetime, and those were heavily edited. The breadth of her work became public after her death and is a staple of the American literary canon. She is best known for her eccentric personality and her frequent themes of death and mortality. Scholars and readers alike have long held a fascination with her unusual life.

1. Helen Keller was a prolific author, political activist, lecturer, and the first deaf-blind person to earn a Bachelor of Arts degree. The story of Keller and her teacher, Anne Sullivan, was made famous by Keller's autobiography, The Story of My Life, and its adaptations for film and stage, The Miracle Worker. As member of the Socialist Party of America and the Industrial Workers of the World, she campaigned for women's suffrage, labor rights, socialism, antimilitarism, and other similar causes. She was inducted into the Alabama Women's Hall of Fame in 1971 and was one of twelve inaugural inductees to the Alabama Writers Hall of Fame on June 8, 2015.