The 25th annual Volley For SERV Tennis Tournament may have been celebrating its silver anniversary on June 15, but there was no silver lining in the clouds on the morning of The SERV Foundation’s major fundraiser at Cherry Valley Country Club in Skillman.

For the first time in many years, the tennis tournament was precariously close to changing to an indoor venue because of threatening thunderstorms, but thanks to a good call by CVCC Tennis Director Keith Pierson who had been watching the weather radar since the early morning hours, the tournament took place as planned.

This year, 58 players participated in Men’s, Women’s and Mixed A & B doubles divisions, with the Men’s B division competing at nearby Bedens Brook Club to allow for more playing time for all divisions. Champions in each division, followed by the finalists are listed below:

While the rain held off until after the finals in late afternoon, the downpour came just as our special guest pros were warming up for an exhibition for reception guests. Thanks to a request by Gwen Guidice, Executive Director of the Princeton Tennis Program and a member of the VFS committee, the four pros agreed to perform in late afternoon.

Pros Glenn Michibata, Chris Hoeland, Kaptan Karsolia and Igor Filipovic are drenched after a downpour, which canceled their exhibition match.They included Glenn Michibata, who in his playing career has faced such opponents as Jimmy Connors, Boris Becker, Andre Agassi and Pete Sampras, among others; Kaptan Karsolia, Igor Filipovic and Chris Hoeland. The men were disappointed the match had to be called off, but said they hoped they could come back next year to take part in an exhibition.

All of the tennis players and additional reception guests helped raise $35,895 to support SERV Behavioral Health System consumers throughout the state who are recovering from severe mental illness and/or coping with intellectual and developmental disabilities. Funds raised will finance the Scholarship Fund for consumers, the annual Wellness & Development Conference for consumers and their families, as well as other projects of the SERV Foundation.

The evening reception took place this year in the CVCC Golf Center rather than the Tennis Center to accommodate the 150 guests who showed up to support SERV’s two honorees, Alice Hecht Giedekier, who received the 4th Annual SERVice Award, and Ted Golfinopoulos, who received the 5th annual Lou Natale Jr. Players Award. 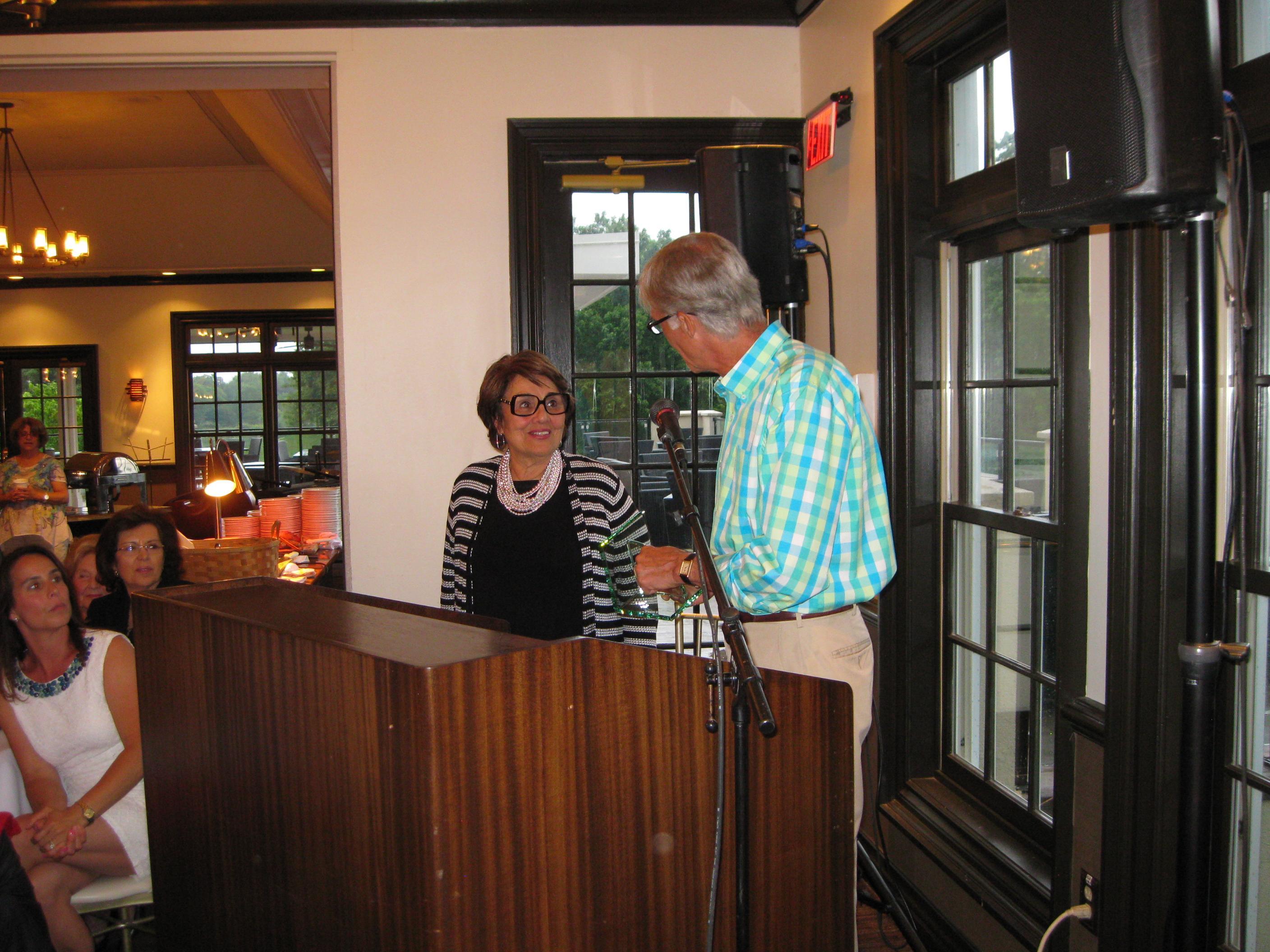 Alice Hecht Giedekier accepts the SERVice Award from Chairman of the Board Richard Anderson.The SERVice Award was presented by Chairman of the Board Richard Anderson to Ms. Giedekier in appreciation for her 13 years of dedication and leadership as a board member at SERV. Ms. Giedekier, a First Vice President of Investments for Wells Fargo Advisors in Wayne, N.J., is a member of the Board of Directors of SERV Centers of New Jersey, for which she served as past chairperson. She also serves on the Board of Directors and the Finance Committee of SERV Behavioral Health System, Inc. In addition, she has led the popular “Money Matters” workshop multiple times at SERV’s annual “Wellness & Development Conference.” 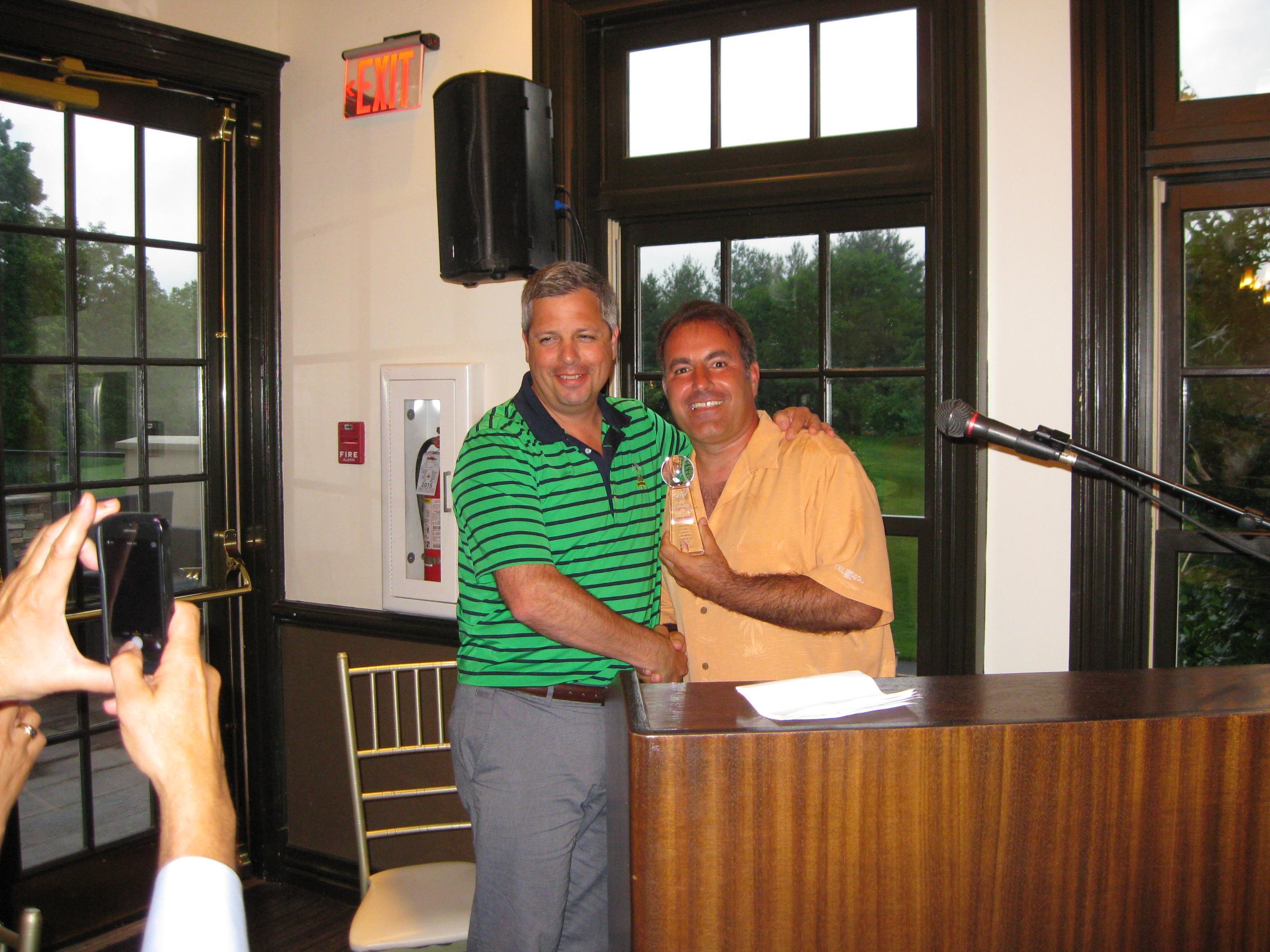 The Volley For SERV reception delivers more than awards presentations, exquisite food, live entertainment, silent and live auctions, and the Super 50/50 Cash Raffle. It also is a time when SERV invites a consumer to be the guest speaker. 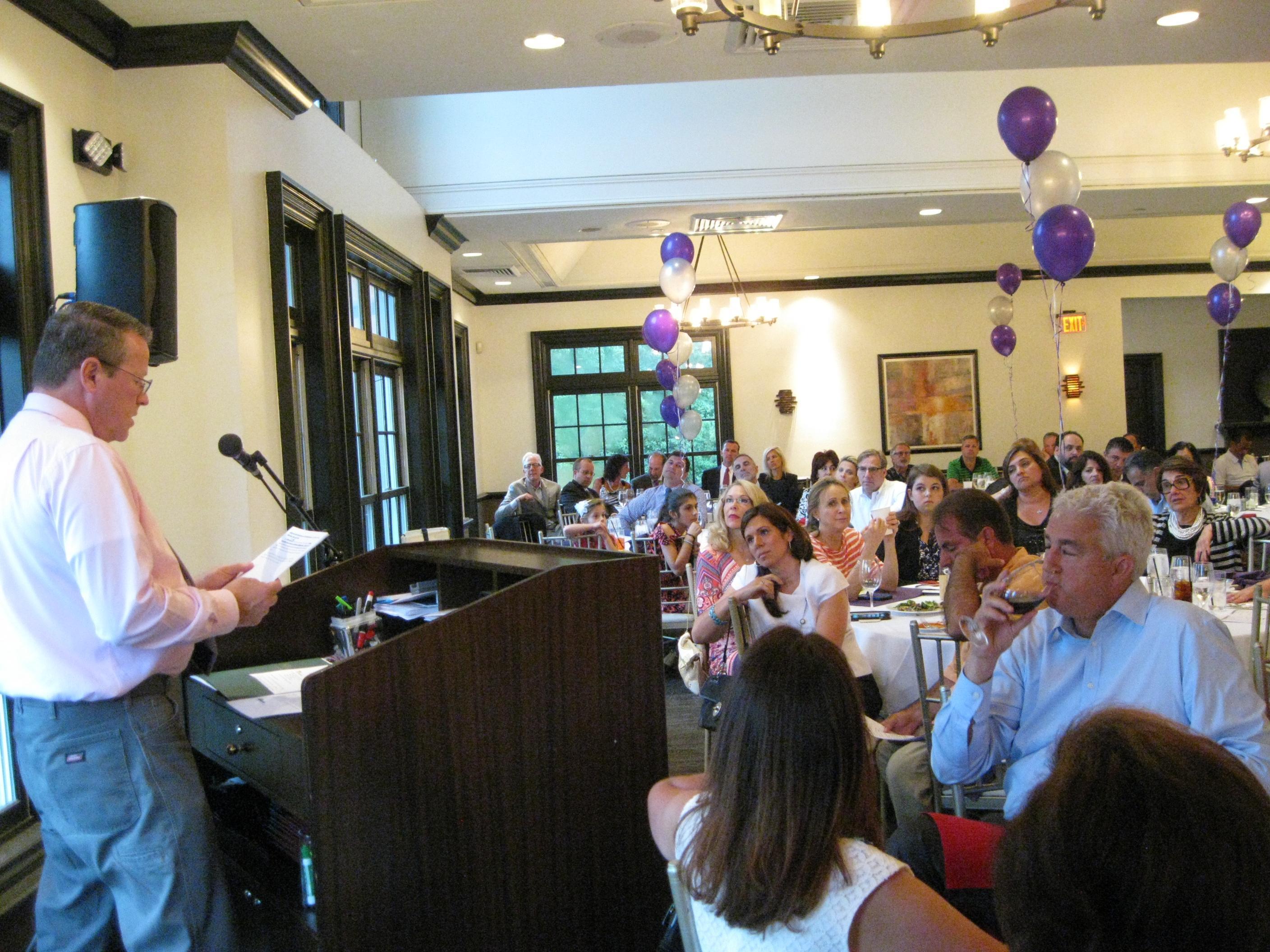 SERV Centers of NJ consumer Ernie R. of Passaic County speaks to the audience during the evening reception.Ernie R., a resident from SERV Centers’ Northern Region (Passaic County) who joined SERV in 2002, shared his personal story of recovery from mental illness and thanked donors for contributing to the SERV Foundation Scholarship Fund. Because of the 12 scholarships he has received from the Foundation, Ernie earned bachelor’s degrees in both elementary education and studio art from William Paterson University. He now is a substitute teacher in Passaic County, teaching a wide variety of subjects to students in Pre-K to 12th grade. 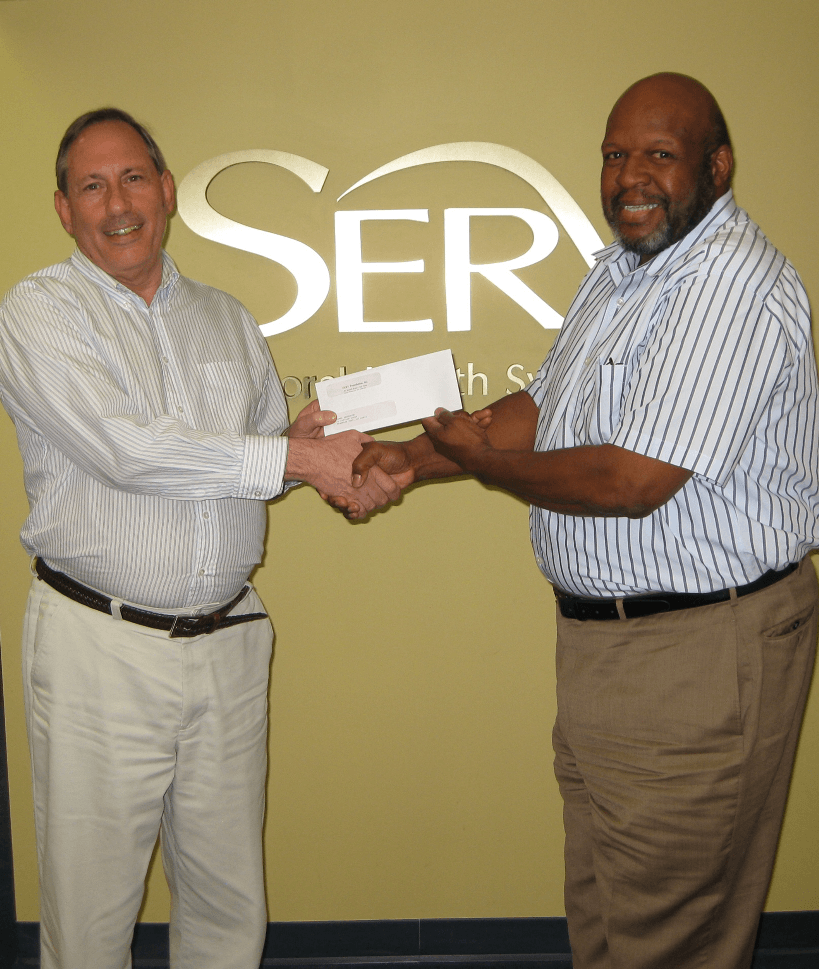 The SERV Foundation would like to thank corporate sponsors, advertisers, area businesses and individuals who donated auction items, tennis players, guests, committee members and volunteers for their invaluable support in making the 25th annual Volley For SERV Tennis Tournament a tremendous success. 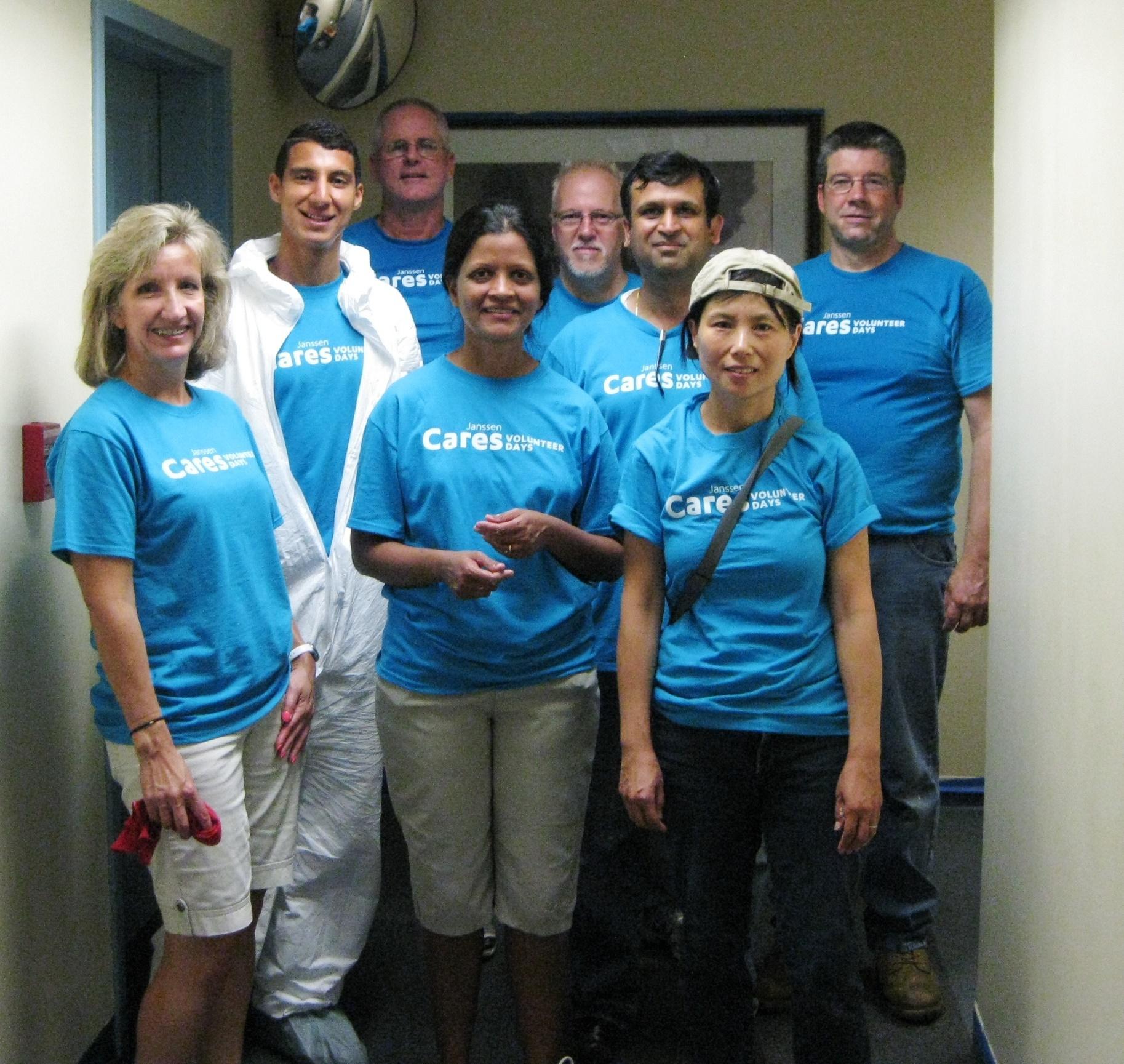 On June 24, 17 volunteers from Janssen Pharmaceuticals in Titusville participated in a Janssen Cares Volunteer Day at Ujima Village in Ewing.

Ujima, operated by SERV Centers of N.J.-Southern Region, is a 52-unit apartment complex for low- and moderate-income seniors and adults with disabilities.

Under the direction of Ujima Building Supervisor Gary Ice, Janssen participants worked for a full day painting walls in common areas such as vestibules and hallways. Volunteers, wearing bright blue T-shirts saying “Janssen Cares,” worked on all four floors of the building.

In addition, Janssen contributed $300 toward materials. 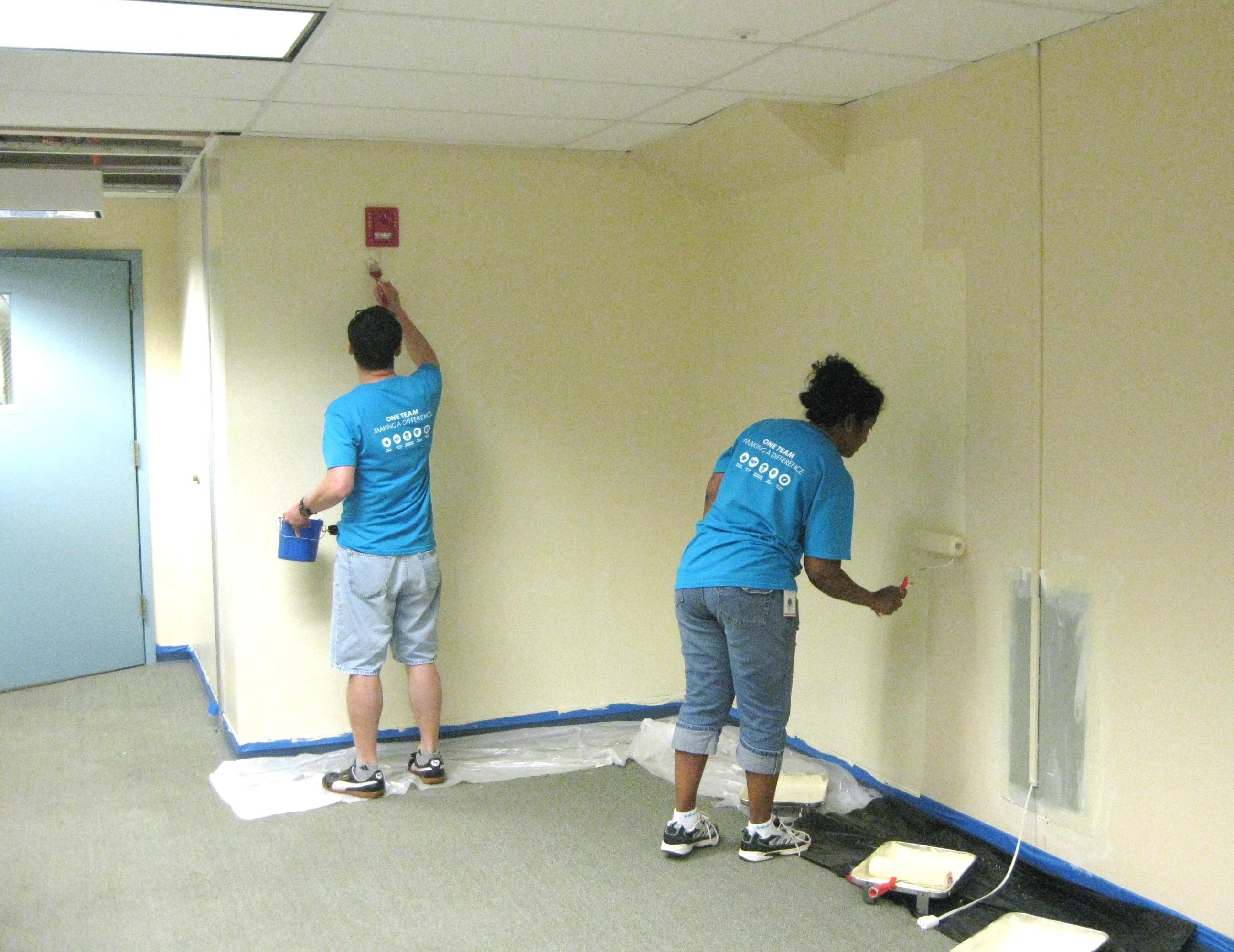 Many thanks to Janssen for not only providing this service to SERV, but also for offering a volunteer opportunity for its employees to give back to their communities.

The 25th Annual Volley For SERV had 58 players competing in Men’s, Women’s and Mixed A & B Doubles on June 15 at Cherry Valley Country Club in Skillman. Congratulations to the champions and finalists! They are: 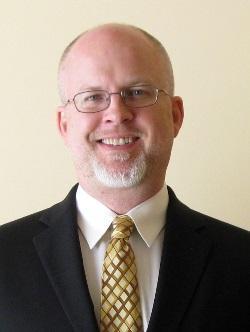 Michael A. Kovacs recently joined the Board of Directors of SERV Behavioral Health System, Inc.

"I am impressed with the scope of work that SERV Behavioral Health System does and its outstanding history in providing an extremely important range of services to our local communities," he said. "I am very interested in helping to assist in this effort."

Mr. Kovacs, a resident of Robbinsville, has worked for 25 years for Bloomberg LP, Princeton where he is a Global Product Manager for Bloomberg's Asia-Pacific Company Financials and Product Implementation teams.

Mr. Kovacs is an alumnus of The College of New Jersey with a bachelor's degree in economics and finance. He is a member of American Corporate Partners, through which he helps to mentor military veterans as they reenter the private sector.

Mr. Kovacs has served for 20 years on the Board of Trustees of Colonnade Pointe, a condominium complex located in Princeton. Over the last two decades, he has held the positions of trustee, treasurer, vice president, and most recently, president of the Association Board.

He also participates in various philanthropic activities in the community, some of which are sponsored by Bloomberg.

"I feel that my business background, combined with my professional skills, ... will help me to make a meaningful contribution to the success of the Board's operational goals," he said. "I look forward to the opportunity to serve on the SERV BHS Board of Directors."