The Mercer County Medical Society is a local component of The Medical Society of New Jersey, whose mission is “to promote the betterment of the public health and the science and the art of medicine, to enlighten public opinion in regard to the problems of medicine, and to safeguard the rights of the practitioners of medicine.” Physician members use their collective strength to have an impact on legislation, regulations, and managed care.

Dr. Gochfeld is a graduate of the Albert Einstein College of Medicine in New York. She has worked for SERV for 17 years, providing psychiatric services for consumers with SERV Centers of New Jersey’s Adapt partial-care day program. She also meets regularly with the clinical staff of each of the five counties where SERV Centers of N.J. operates and consults on complex cases. Her focus is on medication issues, symptoms and diagnosis, the Recovery Model, and behavioral issues. She also keeps abreast of changes in the healthcare system, bringing information to the staff and, likewise, taking their concerns to statewide advocacy groups. She presents a 3-hour unit to newly hired staff on Major Mental Illness, Substance Abuse with Mental Illness, and Psychotropic Medications.

Please consider advertising your business in the 2017 full-color calendar with a silk finish, which will be distributed in November to individuals and corporations in 10 N.J. counties where SERV operates: Burlington, Hudson, Hunterdon, Mercer, Middlesex, Monmouth, Ocean, Passaic, Somerset and Union.

Funds raised from advertising in the calendar and from donations made by individuals will help support special programs for our consumers recovering from severe mental illness and/or coping with developmental disabilities. These include the SERV Foundation Scholarship Fund for consumers wishing to pursue or continue higher education but have little financial means to do so, and the annual “SERV Wellness & Development Conference,” a health and wellness event for consumers and their family members.

For more information, call Ida Doolan at (609) 662-3066 or e-mail This email address is being protected from spambots. You need JavaScript enabled to view it..

The 26th Annual Volley For SERV Tennis Tournament, held June 15 at Cherry Valley Country Club in Skillman, was a successful benefit for The SERV Foundation, raising a net profit of $45,500. These funds will support The SERV Foundation’s Scholarship Fund and the annual Wellness & Development Conference for SERV’s clients.

The SERV Foundation is the fundraising arm of SERV Behavioral Health System, Inc., which provides residential and support services for adults and youth with mental illness and/or intellectual/developmental disabilities in 10 counties around the state. 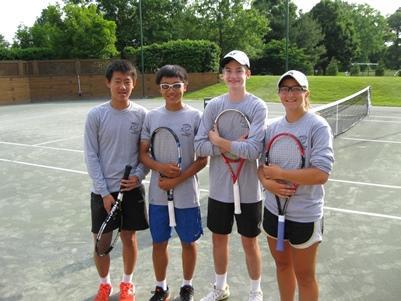 Top-ranking junior tennis players who performed an exhibition match for guests at Volley For SERV are, from left, Alex Yang, Matthew Michibata, Lex Decker and Christina Rosca. All are high school students from Mercer County. Eighty-four tennis players, predominantly from the Mercer County area, played in Men’s, Women’s and Mixed A & B divisions. Because of the large number of players, the Women’s and Mixed divisions played at Cherry Valley, the Men’s B division played a few miles away at Bedens Brook Club, and the Men’s A division played at Princeton Community Park.

The following are the 2016 Champions and Finalists, who received awards during the reception from VFS Committee Chairperson Ted Golfinopoulos: 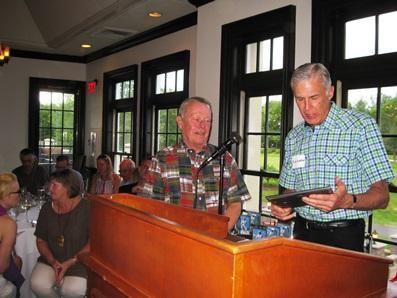 Following the finals, four top-ranking junior tennis players performed an exciting exhibition match for guests prior to the evening reception. All of the teens are coached by Glenn Michibata, Princeton Tennis Program’s Director of Elite Training and former ATP Pro and 3-time All American.

The players included: Christina Rosca, a senior at Princeton High School, who has a national ranking of 35 in Girls 18; 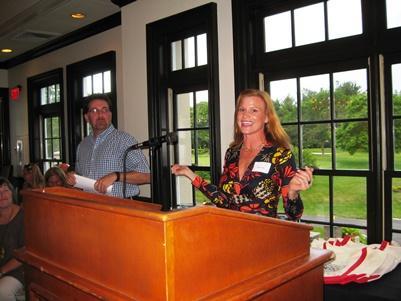 During Volley For SERV’s evening reception, Gary van Nostrand was honored with the SERVice Award in appreciation for his 15 years as President and CEO of SERV and for his contributions to all of the boards of SERV. Mr. Van Nostrand is retiring in August.

Rachel Ticktin, right, and Fae McKenzie pick up their Super 50/50 Cash Raffle winnings from Keith Hamilton at SERV’s corporate office. Also honored during the reception was Kimberly Vine of Princeton, who received the 6th Annual Lou Natale Jr. Players Award for her longtime participation in and sponsorship of Volley For SERV.

At the evening’s conclusion, the much anticipated drawing for the Super 50/50 Cash Raffle took place. Rachel Ticktin of Barnegat won the 1st prize of $6,660 (40% of total raised). Second-prize winner was Fay McKenzie of Bordentown, who won $1,665 (10%).

The awardees, all nominated by their peers, “have met stringent criteria for their exemplary practice of psychiatric rehabilitation service delivery as practitioners and supervisors.” They were honored during a breakfast held at Forsgate Country Club in Monroe.

All of the honorees now have a chance to be selected by the NJPRA Board Nominating Committee as the 2016 Practitioner and Supervisor of the Year, who will be named at the NJPRA annual conference in November.