Champions and finalists at 26th Volley For SERV

Here are the results:

“Vanessa brings with her a wealth of knowledge and experience in the field and we are excited about her new role,” said Pauline Simms, COO of SERV Centers of New Jersey, in making the announcement.

In this new position, Ms. Bethea-Miller will develop a BSS Department for both SERV Achievement Centers (intellectual/developmental disabilities) and SERV Centers (mental illness). She will oversee all Behavior Support Services that are provided to residents as well as individuals in the community. These include Functional Behavior Assessments and reviewing all behavior plans.

“I am truly thankful for this opportunity and I look forward to utilizing my skills and education to further SERV’s BSS Department,” she said. 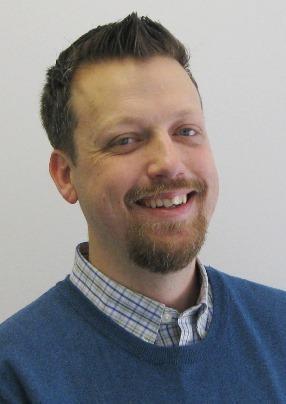 EWING, NJ -- J. Barrett Hughes, a former Coordinator in the SERV Centers of New Jersey (SCNJ) Central Region, recently was named Director of SCNJ’s Southern Region. In this position, he will oversee residential and partial-care day programs for mental health consumers (clients) in all of Mercer County.

“Barrett brings with him the awareness, skill and knowledge required for this demanding position and we are excited about his new role at the company,” said Pauline Simms, SCNJ’s Chief Operating Officer.

Hughes began his employment with SERV in 2008 as a Residential Program Manager in Middlesex County and in 2011 was promoted to Coordinator.

Hughes, a resident of Howell, said he is looking forward to working with the Southern Region staff and consumers.

“SERV is not just a job or a career; it has become part of my life,” he said. “Prior to my experience here, the Recovery model (consumer-centered) was an unknown. Now it is something I try to foster on a daily basis with all whom I encounter.

“It is my hope to bring a new excitement for Recovery to the Southern Region,” he added. “I hope to establish relationships with staff and residents alike that are motivating and bring out their best qualities.”

‘Fifteen years ago, I had no hope, no joy, no happiness. It would be really good, I thought, if I didn’t wake up tomorrow.”

Ernie follows up this heartbreaking comment with, “I’m shocked at how far I have come.”

Ernie, age 56, has been a resident with SERV Centers of N.J.-Northern Region since 2002, immediately following his discharge from Greystone Psychiatric Hospital where he was treated for bipolar disorder and severe depression.

Since joining SERV 13 years ago, Ernie has focused his energy on positive coping skills to achieve his recovery goals.

Ernie recently shared his story of recovery from mental illness, as well as his aspirations of becoming an educator and living independently in the community, during the 25th Annual Volley For SERV fundraiser in June 2015. He wanted to not only demonstrate that recovery is indeed possible, but also to give thanks to supporters of The SERV Foundation Scholarship Fund, which enabled him to earn a B.A. degree in Elementary Education/Studio Art and, subsequently, find a position as a substitute teacher.

He explained how a series of traumatic events, including an impending divorce, caused him to become severely depressed. “For a very long time, every minute and sometimes every second, were almost unbearable,” he said. “One evening I was at home with my wife and children. It was a terrible day and I knew it. Without realizing what was happening to me exactly, my ears started ringing. Suddenly, the room began to spin, the ringing got louder, and my heart started to race. I had trouble breathing and gasped for air. It wouldn’t let up, it just got worse. I started screaming ... louder and louder between gasps of air. Ultimately, I completely collapsed face down to the floor. Later, I was told that it was a severe panic attack, thankfully the only one I’ve suffered.

“After perhaps three years of utter darkness, I slowly crawled out of the pit I was in. Three hospitalizations later, SERV came to the rescue, freeing me, as I had been waiting in the hospital for six months because I had no place to live.”

During a recent interview, Ernie talked about that first meeting with the SERV counselors who came to see him at Greystone. “They were understanding, easy to communicate with, and they let me express myself.”

SERV first invited Ernie for a two-day visit at a SERV apartment with two roommates and then again for a five-day stay. When he was discharged from Greystone, his new life began with SERV. “I did a lot of recovery work at Greystone and that expanded greatly when I moved to SERV,” he said.

With a new taste of “freedom,” he began taking short trips to New York City to visit museums and then a year later, a two-month camping trip cross-country in a mini-van. As part of his recovery, Ernie set his compass on visiting as many natural wonders as possible: the Grand Canyon, Yosemite, the Redwoods, Yellowstone, Grand Tetons, the Badlands, and more. “Today, they call it Adventure Therapy,” he said.

Ernie’s new adventure the following year focused on going back to school to earn a business degree. An auto mechanic for many years, he had hoped to work at a nearby dealership in an office position. However, at the advice of his college advisor, he switched to a dual major in Elementary Education/Studio Art.

Taking 12 credits a semester in the fall and summer, though, was becoming an enormous financial burden. Ernie’s SERV counselor suggested that he apply for a SERV Foundation scholarship, a program available for qualified SERV consumers who wish to pursue a field of study but have little means to do so. In fall 2004, Ernie received one of the first scholarships presented by The SERV Foundation. He was granted 11 more scholarships, which saw him through graduation in 2010 with a bachelor’s degree and a GPA of 3.85.

For the past two years, Ernie has been a substitute teacher, first as part time and then full time. He teaches a variety of subjects to students in pre-kindergarten through grade 12, and K-6 pupils with behavioral challenges.

“I love teaching,” said Ernie, whose career goal is to teach full time in mainstream classrooms. “I teach physical education with as many as 60 students at a time, shaping students with a values-based program that the schools are using. I have also worked in mainstream classrooms.” When working with his K-6 group, he often brings in games that he has crafted out of wood. “The kids love it. I put my heart and soul into my workdays and nearly everyone responds well to it. I look forward to each day that I work,” he said.

Ernie’s studies in studio art have made it possible for him to hone his skills in woodworking and furniture design. “My father was a carpenter and when I turned 16, he let me use power tools. I made items and sold them at craft shows and stores, which helped pay for school. Now, after classes in theory and practice, I can continue a lifetime of creative exploration, sometimes very practical and other times whimsical.”

When he is not enriching the minds of students under his charge, Ernie fills his personal time with numerous interests, such as graphite art portraiture, bicycling (1,000 miles a year), music, books, nature, volunteering at a homeless shelter, and church.

“Faith is the anchor piece in my recovery,” Ernie said. “I go to church, read my Bible, and talk with friends in my church.” He also has weekly visits with a SERV counselor, takes his prescribed medication, and keeps his appointments with a SERV psychotherapist and psychiatrist every three months.

Ernie’s wellness goals include working full time as an educator, becoming financially stable so that he can live independently, and giving back to the community through volunteerism.

For anyone who is trying to cope with mental illness, Ernie suggests that individuals practice positive coping skills. “People will respond positively if you do. People are encouraged by your effort and they want to help you more.

“SERV is a tremendous resource for anyone who is struggling,” Ernie said. “Counselors have the ability to help you and to get your life back on track in ways that you wouldn’t even think of asking, such as the Scholarship Fund. They are comprehensive and concerned about your mental, emotional, financial, career and housing goals.”

“I hope my story will help someone like me who needs a little help.”