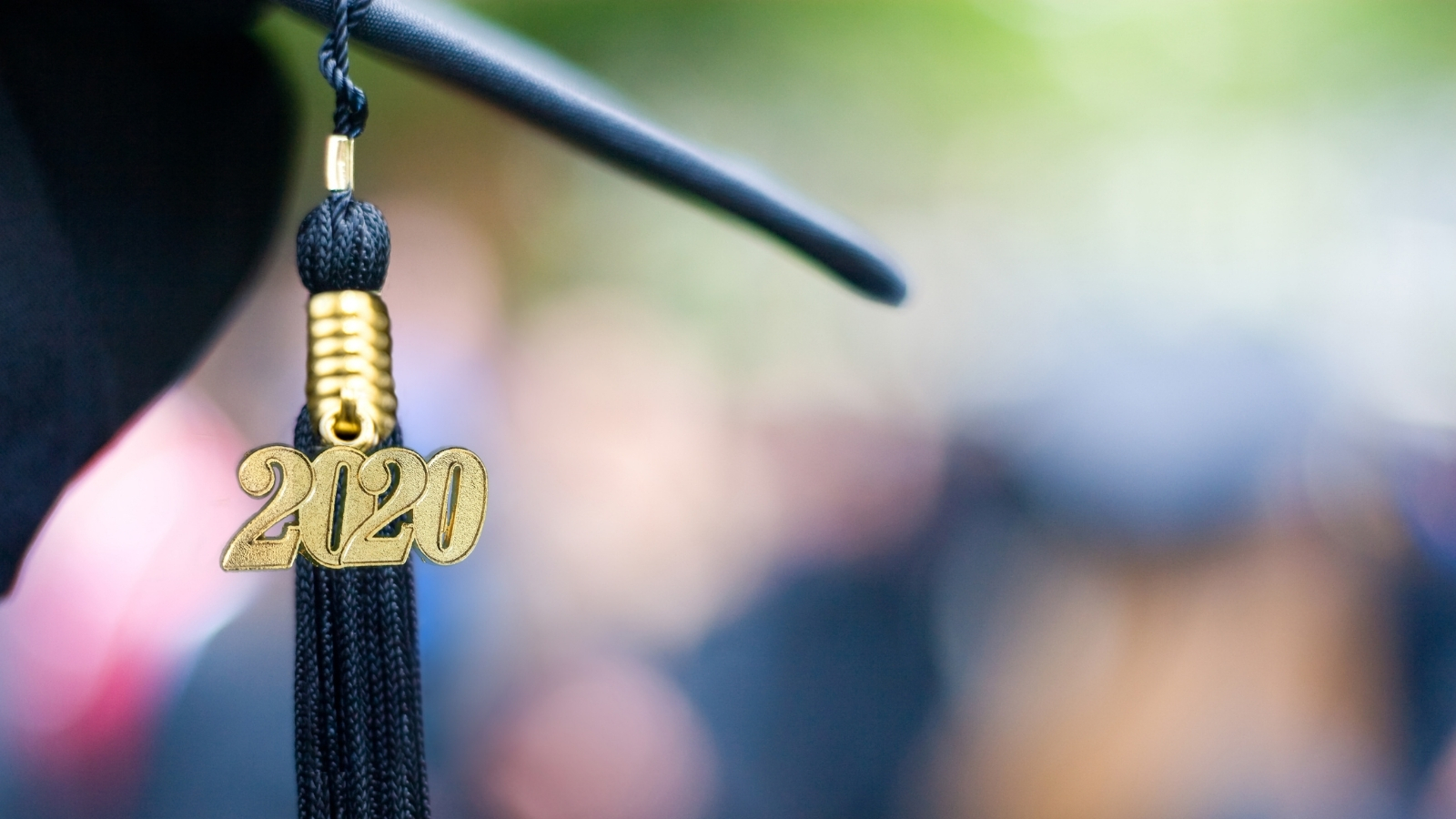 Tangela A., a 49-year-old consumer at SERV Centers in Middlesex, understands the importance of setting goals for herself. On her path to recovery, she has learned to plan for the future and how, through hard work and perseverance, she could accomplish her dreams.

One of those dreams became a reality recently when she achieved her lifelong goal of graduating from a four-year university. She is the 18th SERV Foundation Scholarship recipient to graduate from a college or university since the program was established in 2004.

Tangela earned a degree in social work and finished her senior year at Rutgers University with an impressive 3.6 GPA. Due to the pandemic, the university held a virtual commencement ceremony. The event took place on May 31 and included words from the university’s president, Robert Barchi, and NBC News anchor Lester Holt. Commencement ceremonies are always memorable affairs, but this was especially impactful for Tangela, who had been working towards a degree while also navigating several challenges in her personal life for nearly a decade.

“It was a great and empowering feeling,” she said, noting that going back to school and completing her degree have significantly helped with her recovery.

News of Tangela’s achievement was met with great enthusiasm among the SERV family. In an email, Andre Caldini, the President of the SERV Foundation, wrote, “I know how hard she worked over the years to earn her degree. The SERV Foundation Board was thrilled to learn that she had earned her bachelor’s degree. This is truly a great accomplishment, and I am very proud of all that she has done."

CEO Regina Widdows echoed Caldini’s sentiments, adding, “This amazing achievement is a testament to Tangela’s hard work and perseverance. She should be seen as a role model to other consumers, and I hope to see many follow in her footsteps.”

Tangela first applied for a SERV Foundation Scholarship in the spring of 2011, after she enrolled at Middlesex Community College (MCC). Since then, she has been awarded tuition assistance a total of 23 times.

In 2016, after completing her associate degree in psychology from MCC, she was accepted to Rutgers University. There, she would pursue a degree in social work.

Why social work? Tangela chose the major because she “felt inspired” by the people who have helped her. “I had an extremely challenging journey to get to where I am today,” she said. “Many of the people who helped me through all the various phases of my recovery were social workers...They have given me so much support.

“I have firsthand experience in how mental health issues can envelop your life and can distort your reality,” she added, “and I want to put those years that I suffered and struggled to good use.

"Ultimately, I want to help others the same way many social workers have helped me.”

Tangela encountered several obstacles throughout her long and often arduous journey in higher education. In particular, she recalls having issues with concentration and anxiety that affected her ability to read, write, and take exams.

Nevertheless, Tangela refused to give up on the goal she set for herself, and when the challenge became too much to bear alone, she asked for help. She sought accommodations from the campus testing center and disability office, and eventually, the school granted her permission to record lectures and take tests without a time limit. She also found a strong support system at SERV.

“There is no way I could have completed my studies without all the help and encouragement I received from SERV,” she said. “SERV staff helped me study. I really struggled with math, but the Residential Program Manager at Plainsboro tutored me. The staff members also helped me with my Spanish, pharmacology, and other subjects that I had a hard time learning…Whenever I ran into an obstacle that I thought was a barrier for me in getting my degree, they happily removed it.

“I believe the SERV staff and SERV Foundation should have their names on my degree because I would not have been able to do it without everyone’s help.”

Since earning her bachelor’s degree, Tangela has wasted no time setting new goals for herself. Her sights are now set on a master’s degree in social work. If all goes as planned, she said, she will graduate within two years. 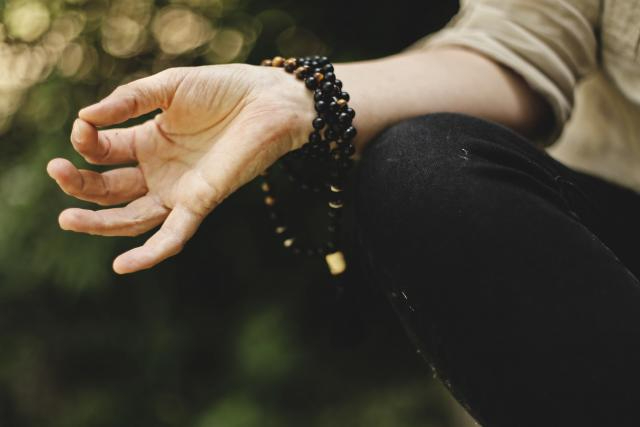 As part of their efforts to support consumers struggling with stress and anxiety in response to the COVID-19 pandemic, SERV team members at the Scotch Plains Group Home and Cluster Apartments have launched “Seven Days of Calm,” a mindfulness training exercise that takes place every Tuesday and Thursday.

Leading the training are RPMs Lindsay George and Stephen Welch, along with RSCs Elaine Adams and Ramona Curry.

“A great rule in life is to regularly check in with your own feelings. If you are feeling uninvolved, bored, or not connected with the residents, the chances are the residents are not feeling connected, either,” said RPM Lindsay George. “There were growing concerns about the well-being and self-care of the residents because they were home all day, and it seemed like everything was changing very fast around them.

“So, during the initial phase of the pandemic, the suggestion came up for staff to meet with the residents more frequently to provide supportive services in small group sessions, and the residents were given the opportunity to take part in a mindfulness exercise called the seven days of calm.”

All five of the residents at Scotch Plains Group Home have attended the training. Twenty-one consumers from the Cluster Apartments regularly participate, as well.

Each session, the consumers learn a new skill. This includes breathing techniques, mental noting, living in the moment, and getting out of auto-pilot, among other things.

The training has been a huge hit thus far, according to George. “Mindfulness is a skill that can be practiced and used by anyone,” she said, “and this training has proven to be effective with enhancing self-awareness, attentiveness with time, and responding to the presenting moment, space, and present situations.

“The consumers have come voluntarily and have been very engaged,” she added. “They’ve even requested for staff to continue the sessions.”

One consumer in particular, Kathy K., has found the mindfulness training especially helpful as she focuses on her emotional well-being during the pandemic.

Ever since her first lesson, Kathy has incorporated mindfulness into her daily routine. She noted that the skills she learned in the training have guided her daily as she makes decisions such as what to eat, what to wear, and what to do. This helps her remain calm and focused, she said. 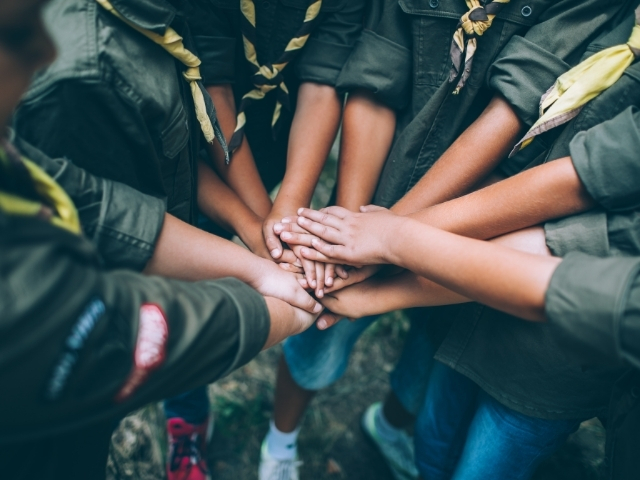 Although Brownie Troop 60284 had to suspend their in-person activities and events to prevent the spread of COVID-19, they still wanted to help their community and thank the heroes on the frontlines of the pandemic.

So, last week, the troop donated more than 60 boxes of Girl Scout cookies to the essential workers of SERV Behavioral Health System, Inc. in Mercer County.

“Although SERV’s essential workers are in the healthcare community, behavioral health often gets overlooked,” said Gardiner. “As the Girl Scout Leader, I wanted to use this opportunity to thank SERV’s staff for their hard work and selfless efforts during the pandemic.

“I also wanted to teach the girls how it’s just as important to take care of our mental health as our physical health,” she added. "I shared with them the stories of SERV’s heroes on the frontlines and helped them recognize that you don’t need to be a doctor to save lives.”

Troop 60284 consists of 20 second graders, referred to as “Brownies,” according to Gardiner. While they function as an independent troop, they are also part of an expansive family troop of more than 100 girls of various ages.

Troop 60284 has worked hard to stay engaged and active in Girl Scouting during the pandemic. In addition to SERV, they’ve also made donations to a number of local EMS and fire departments. In previous years, the troop has donated to the New Jersey Veterans Memorial Home at Menlo Park and the Bristol-Myers Squibb Children's Hospital.

After last week’s donation, Gardiner said she received an outpouring of gratitude from SERV employees.

In an email to Gardiner, Kelly Rufe, the Director of SERV Centers in Mercer County, wrote, “I want to sincerely thank you and your daughter’s entire Girl Scout Troop for thinking of SERV Mercer and donating cookies to the county. Given these difficult times, it is gestures like these that truly make our days brighter.”

The Girl Scouts’ mission is to build girls of courage, confidence, and character who make the world a better place. Clearly, the Brownies of Troop 60284 encompass these values, and SERV thanks them for thinking of our heroes during this uncertain time. 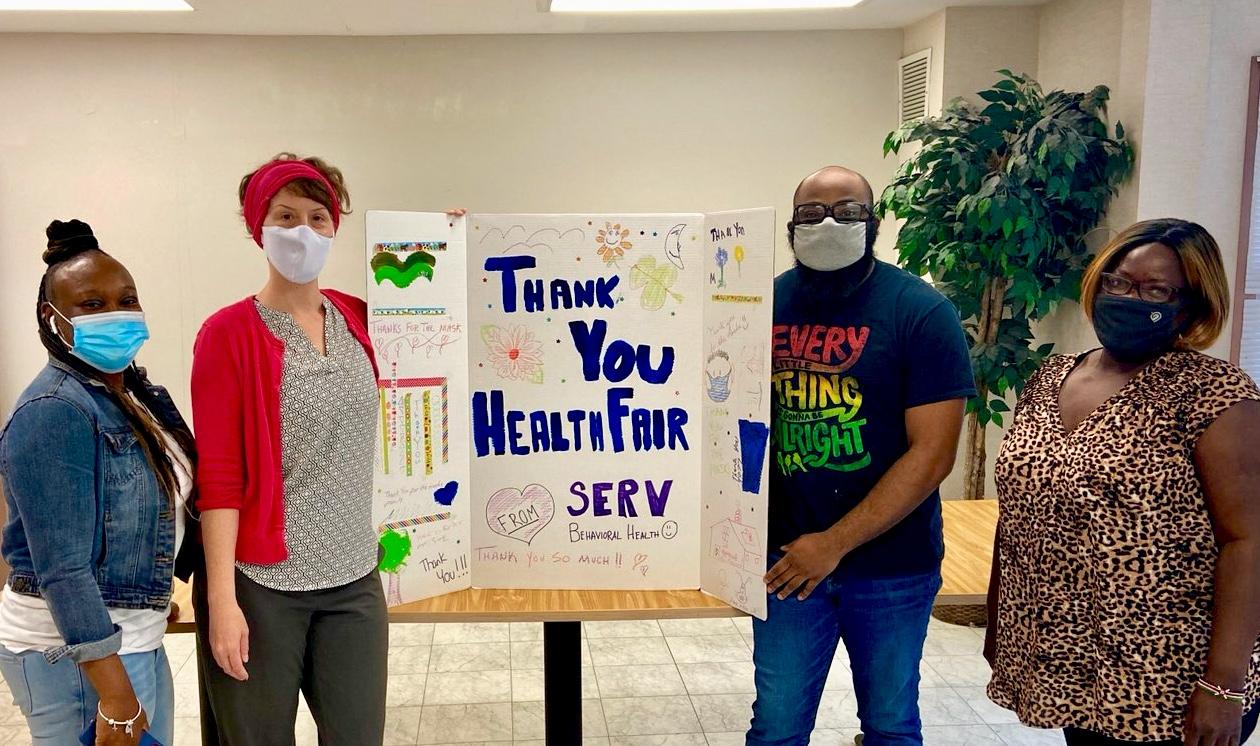 In late-May, Health Fair Natural Food Market made a large donation of face masks to SERV. The owner of the food market sewed the masks herself, according to Dana Williams, Director of SERV Centers in Middlesex County.

“This card is to show our appreciation,” Williams said. “Even though she is busy with running her store, the owner of Health Fair took the time to make us some high-quality face masks. It was an extremely kind gesture.”

In addition to Health Fair Natural Food Market, SERV Centers in Middlesex County have received PPE donations from a local nurse and Masketeers—a volunteer group that has donated thousands of masks to healthcare organizations in New Jersey over the past few months. Staff members have mailed thank-you letters to these kind individuals, as well.

When asked about the how the pandemic has affected the moods of consumers, Williams said, “they’ve really been toughing it out…Of course, there has been restlessness from time to time, but for the most part, they have dealt with it well, and I’ve been impressed by their resiliency.”

Daily groups, arts and crafts, reading, playing chess, gardening, and exercising are some of the ways that consumers in Middlesex County have kept busy, according to Williams.

She added that they have several exciting events planned for this month, including a healthy cooking demonstration at the Jamesburg Group Home. “We’ll be teaching them how to make summer salads and smoothies while educating them on all the health benefits of the ingredients,” she said.